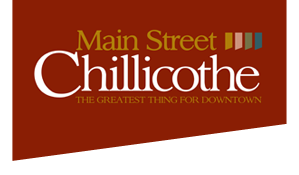 Do you remember in the “olden days” where we used to take long leisurely walks downtown? Or even further back, people used to actually walk to where ever they needed to go: the market, the doctor or to church.

These days, we hardly look up from our smart phones, let alone take the time to walk for fun to do our errands.

However, there’s a trend happening in downtown Chillicothe, MO that has people not only getting outside more, but you’ll notice many more people looking up rather than down at their phones.

How is Chillicothe changing the way people interact downtown? The community organization called Main Street Chillicothe has breathed new life into their city by creating breath taking murals on the outsides of the buildings. They are bringing people downtown more often and giving them an experience as well as making a lasting impression on people who are traveling from out of town.

The mural program began in the 1990s and has led to nearly $200,000 in updates and repairs to the downtown less attractive buildings. The enthusiasm has grown and to date, there are 18 murals that decorate numerous blocks.

The murals are original pieces of art, all created exclusively by Chillicothe resident, artist Kelly Poling.

“The murals draw outside people to our community who then can impact Chillicothe economically. They also give our community pride in the downtown buildings as well as in the history of our community that is depicted in the murals,” said Micah Landes, the executive director of Main Street Chillicothe.

Main Street Chillicothe has used the mural program to bring life back into their downtown, not just aesthetically, but by also bringing more people to the store fronts. They created more traffic by providing a mural map for people to follow and learn about the stories behind the pictures and the buildings.

Main Street Chillicothe’s vision is to be a “unique destination, engaging residents and visitors alike, where history is celebrated while supported businesses flourish.” They have accomplished this by the murals, as well as by hosting numerous community events, such as a downtown wine tour and Sliced Bread Saturday- which boosts Chillicothe as the birthplace of “sliced bread.”

Anytime we see communities bringing a unique aspect to their surroundings, we applaud the creativity and hard work of the individuals who make such projects possible. Building relationships in your community such as Main Street Chillicothe is always impactful.